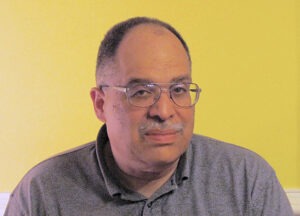 Terry Terrance has been a model railroader since receiving his first Lionel train set in 1959 at age of 7. The next couple of decades he spent as a 3-railer, attempting to model in scale using three-rail. in the days before Three Rail Scale. Eventually, Terry jumped into 2-rail O Scale where he has been ever since.

Terry was an early adopter of 3D Printing and microcontrollers for model railroading. He has written articles and given clinics on 3D Printing, microcontrollers, LEDs and photo backdrops. Terry appeared as a regular on the Model Rail Radio podcast. His blog (2railoscale.blogspot.com) features tips and techniques articles and videos.

Terry’s YouTube channel (https://www.youtube.com/channel/UCOJDOHRJ3kvkPRRB6rIZFNw) features 35 videos (and counting) including 2 rail layout tours, how-tos, and clinics. Terry’s channel has over 250,000 views and averages 10,000 minutes viewing time per month. One of the most successful OS2R events in recent memory was the 2018 Scale O National Convention in Rockville, Maryland.

Terry served on the Executive Committee of that Convention and was the sparkplug for its success. He started almost two years in advance of the Convention and put more than 10,000 miles on his car, traveling on behalf of the Committee. Terry was, in addition, in charge of the Convention website, clinics and external communications. The structure of the 2018 Convention has been used as a template for subsequent OSNCs, including 2021 and 2023. Although much of Terry’s work has been behind the scenes, his positive impact on modern OS2R is difficult to overestimate.