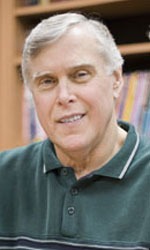 Jim was the executive vice-president of Atlas O, LLC, Hillside, NJ and is recognized as the co-founder of that organization. He spent the last 15 years with Atlas, starting in August of 1996 and he worked until the week of his passing.

As anyone who met or communicated with Jim saw, it was readily apparent that his interest, knowledge and love of the model railroad hobby and industry was vast and encyclopedic. While Jim had been responsible for the production of all Atlas O products, perhaps his best known achievement, and the one that gave him greatest satisfaction, was the creation of the entire line of Atlas O’s 21 st Century Track.

Jim provided Atlas O with a great foundation to move into the future where the company he helped found will carry on his exemplary work.