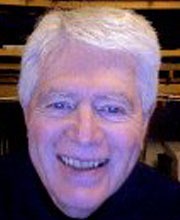 My dad loved trains, and had Santa give me a Lionel train when I was 5 weeks old. Needless to say it was my Dad’s train for many years. He was interested in O scale, and I recall a kit for Monarch couplers, a Scale Craft AT&SF reefer, mostly completed, and an all wood baggage car. I tried my hand at moving them along but being a young kid didn’t know what I was doing and made a mess of them.

During my childhood I loved models and built many model airplanes out of blocks of wood. I learned about sanding and fitting parts together, making things look and be correct, and how important were the small details and final finish.

Then there was the usual period of cars, girls, college, marriage, kids, and career in programming computers, which at the time I started were just coming into general use in the scientific arena. I worked for several employers, and tried my hand being in business for myself which wasn’t a good fit for me.

Many years later I decided to stop working as a manager of computer programmers when I realized the field was changing so quickly that companies needed a constant supply of fresh grads to keep the level of technology high. I was out of date in the cutting edge computer company where I worked, and much older than most everybody else so there was little social interaction with other workers.

OK, what do do? In the couple of decades before that fateful decision I had built an On3 layout and then expanded it into standard gauge. I had joined the West Bay Model railroad Association where good fellowship was to be had, and which validated my decision to stop being embarrassed about “playing with trains still”. Out of my modeling activities and membership in the club I came to know Jerry White, who at that time was one of a few custom builders. Jerry had a well-equipped metal working workshop, and was known around the world for his models and custom work.

Jerry decided to retire about the time I decided to change my work. One thing led to another, and we agreed for him to train me in his business so that he could retire and know it would continue in good hands.

I learned his method for custom drives, his bread and butter work since so many of the Japanese and Korean import locos at that time were designed to be looked at, not run. Jerry’s method made them into powerful smooth and reliable runners.

I took on a variety of projects, from modifying locos to take sharp radius curves, to building passenger car domes from drawings, to machining cast driver centers and building up completed wheelsets, and of course, fabricating and installing custom drives. I got pretty far along with the construction of a scratch built SP GS-1 4-8-4, for which no models had been offered in O scale.

Then Jerry had a medical episode and decided he’d better “hole up” in an assisted living facility while he was still acceptable. I was on my own. He sold his house, so I located a rental shop space and moved the business into it. Since a major feature of the custom drive business was the test run and break-in of new drives, I had to construct a layout for that purpose, using the layout Jerry had in the attic of his shop but building a sturdy benchwork to support the fragile Celotex “table” with the track on it. That was quite a project, taking several months, and resulting in a test loop that was durable and effective. The GS-1 as finished and sold, and many custom drives and specialized projects were completed. I recall reworking over 125 UP Big Boys for Sunset Models, whew.

Then Silicon Valley invented itself, and rents started going through the roof. I decided to move the shop to my home. This required converting the carport into a workspace garage with good natural light and the facilities needed for the shop. The faithful test loop had to go. After unsuccessfully attempting to donate it, a friend took the benchwork, and the track went into the dumpster, sigh.

All that was 14 years ago. I’ve now been operating the business for 20 years (at this writing in late 2013), and plan to keep on going for as long as I’m able which should be a long time as I’m in excellent health and put a lot of effort into taking care of my mind and body.

During that time model railroading has changed. DCC came along (I was the importer for the Lenz system for several years). The Proto:48 movement got traction and had become a viable alternative, indeed some folks who convert to 1/48 do so in P:48 because the correct track gauge and wheels complete the level of fidelity they want in their modeling. The brass loco business has split into two camps, high volume models designed for both 3-rail or 2-rail operation, and low volume highly detailed expensive models; in both camps however, these locos run well out of the box. Some importers have changed their approach or stopped altogether, while new importers have emerged. The advent of 3D printing and rapid prototyping, which I have used to make driver centers, will further change the parts situation if the entry barriers of high cost for the printers and 3D drawing programs along with long learning curves for the programs are reduced.